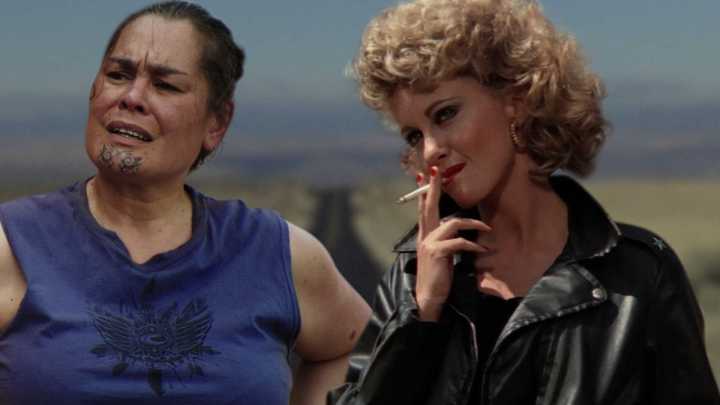 Terror Nullius does what it says on the can: a subversive survey of the Australian cultural landscape, addressing a cultural fear of the unknown if you can excuse the pun.

The film is a collage of cinematic and documentary footage, with longer samples than I had expected, dropping in and out of narratives as the footage allows. a collection of impressions and subversive moments. Terror Nullius presumes that the ‘Road Warrior’ aesthetic is deeply ingrained in our collective consciousness, but questions whether we can accept the ideologies that underpin this image of ourselves that is presented amongst the leather and carnage. Who would’ve thought the 90’s teen surf opera could be so empowering? Was Crocodile Dundee always that sexist?

The best of these moments take place around the tiniest references. From a few seconds of film you can intuitively recognise a moment of vindication, a character facing their hubris, a power shot. Many of these moments* are iconically Australian and are no less so  when subverted to highlight the contradictions and inequalities that are also part of the Australian story.

I left the screening thinking of a line from an issue of UME: ‘In Europe there are many languages, many martyrs: in Australia we have a language and a few martyrs’. It makes sense, then to make the predominant language work a little harder to highlight the lesser known languages and their martyrs.

*The credits double as an exhaustive list of quintessentially Australian cinema, sound effects and stock footage worth sharing!