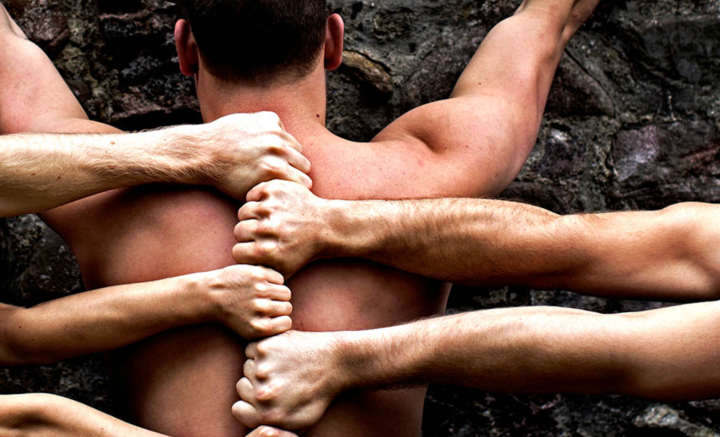 When: Until 19th March

I entered the theatre with a critical mind, because with the previous success of A Simple Space under their belt, Backbone was set on a similar trajectory and I was subconsciously hoping to tear it apart. However, I only left with reverence and a staggering sense of awe.

Behind the gravity defying art and visually remarkable routines (as expected), is a prodigious ensemble. Together they truly embody the performance’s core idea of a ‘backbone’ – as if their body is a joint in a structure, and collectively their versatile movements personified an aligned and strong spine or one that is damaged and unstable.

Mostly the stage appeared chaotic, with eleven members simultaneously performing in all corners of the stage whilst also throwing costume changes at one another. Yet it felt organised, and wasn’t unsettling to my obsessive compulsive tendencies. This is partly because of the fluidity between the various scenes and the ensemble’s mood remained collected and comfortable (despite having their person constantly being thrown around in the air).

The strength, flexibility and agility of the ensemble emanated in their every manoeuvre. Most enjoyable is watching the ensemble ‘react’ off of each other; every motion of a performer had a corresponding reaction in another member, and it felt like I was watching it all in slow motion.

The two musicians on the left hand side of the stage were distractingly good. I spent too much time staring at them instead of watching the ensemble. Not only was the composition outstanding, but the technical ability of Shenton Gregory’s violin playing – particularly the use of glissando, which i usually dislike, aided the atmosphere so delicately.

Everything about this show is worthy of praise. I can’t wait to see their creative direction next year!