What: The Uffizi Gallery

Where: Adjacent to the Piazza della Signoria in central Florence, Italy

Florence, the cradle of the Renaissance, has been a beacon of culture for centuries. Chosen as the capital of the powerful Grand Duchy of Tuscany, the city became culturally vibrant under the wise De Medici rulers. The city’s banking activity allowed great quantities of money inside the city, furthering investment on artistic works – by doing so, the elite sought to be remembered forever. Even though it lost its ancient political significance after the unification of Italy, Florence hosts the world’s finest cultural institutions. Among these, the Uffizi gallery does not fail to mesmerise visitors, who flock there to admire the most notorious works of art from the late Middle Ages and Early Renaissance. 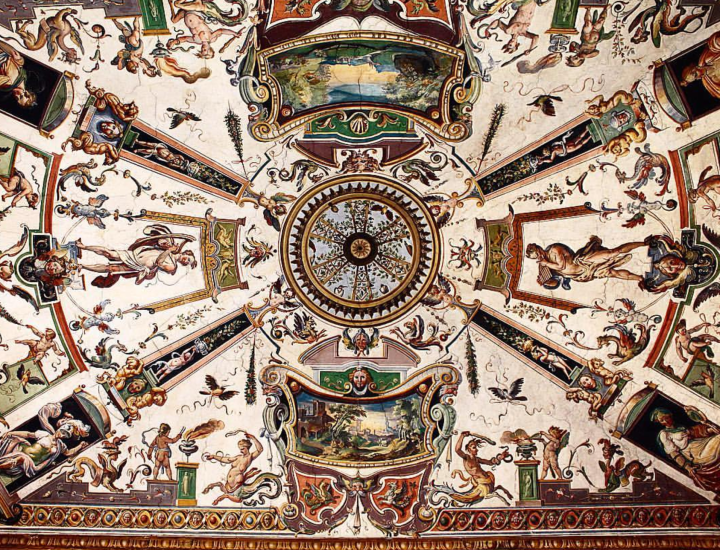 Upon arrival, visitors will face the extraordinary length of the first corridor. In particular, the breath-taking ceilings are decorated with stunning grotesques, frescoed by Alessandro Allori and his school. On both sides of the corridor, for its entire length, ancient statues from the De Medici private collection watch over the visitors passing by. Their presence there contributes to the corridor’s atmosphere of antiquity and prestige – after all, the statues belong to the Graeco-Roman period, thus centuries before the Renaissance. Have you ever opened a book on Renaissance art history? Well, walking from room to room, from painting to painting, you will admire the most famous works of art, appreciating the geniuses behind them: Botticelli and his Venus’ languid eyes, Canaletto and his stunning landscapes of Venice, Tiziano and his attention to anatomic details. Whereas art history and the Renaissance might appear as abstract concepts, in the Uffizi both terms acquire a degree of reality. It is almost possible to touch (please refrain, as they have state-of-art security systems) the painting, to feel the texture of the colour, to appreciate the characters and their liveliness. It is almost possible to see the great masters in their element, as they painted the works which made them famous. At the same time, the Uffizi is not just a mainstream art gallery. Indeed, most visitors go there to admire the great artists. Nevertheless, its academic nature has made it possible for visitors to take a closer look at more local artists. The Lombard and Florentine artists from the Cinquecento might not appear on every art book, but they do play a crucial role in determining the development of Italian and international artistic forms. The curators have wisely arranged the room sequence and the paintings in each room in order to show the affinity between the maestri and the less known artists. Visiting the Uffizi is a surreal experience. Time seems to stop from the moment you walk in. The entire visits will be accompanied by the reminder of the city’s history: looking outside the windows, visitors will note how Brunelleschi’s dome can be viewed from almost any point of the gallery; similarly, Piazza della Signoria with its palace attest the city’s political and cultural standing in the past.