On a sunny evening in Adelaide in late March, a crowd gathered by the rotunda at Elder Park by the Torrens River. We were there to see an art and photography exhibition entitled “Colours of the World“, organised by the University of Adelaide student branch of Insight Global Health. The exhibition displayed beautiful and thought-provoking photographs, drawings, paintings and banners created by Adelaide medicine, dentistry and nursing students.

The artworks represented countries as diverse as Australia, Iceland, Bolivia and Papua New Guinea. Some of the works on display challenged the viewer with their depictions of poverty and remoteness, but the overall feel was one of celebration of the diversity of the world’s cultures and landscapes. Although the exhibition was predominantly photographic, it was interesting to see the range of artistic styles present, from delicate watercolours to political caricatures. Clearly there are plenty of medical students with hidden artistic talents! 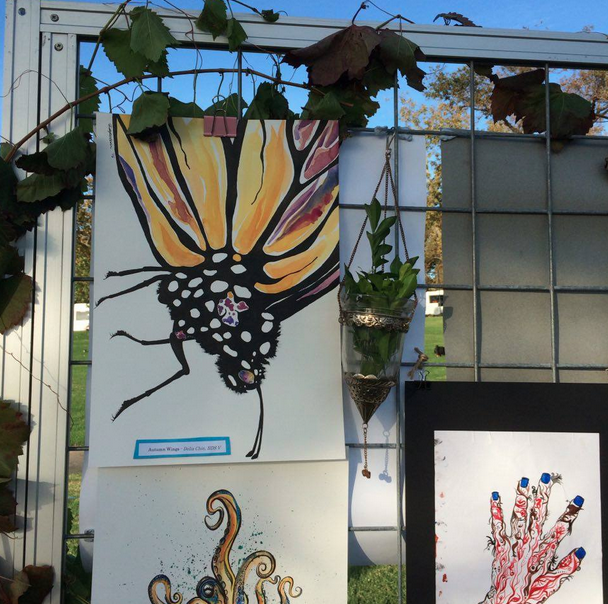 Some of the artworks at the exhibition. Photo credit: Matilda Handsley-Davis

The Insight “Colours of the World” exhibition was a pleasure to attend. Media Officer, Matilda Handsley-Davis, sat down with Insight member and exhibition contributor Alyssa Pradhan to chat about Insight, medicine and art.

Q: Hi Alyssa! Can you tell us a little bit about about yourself and your background?

A: Sure! Hi Matilda! I’m a fifth-year medical student at the University of Adelaide. I’m quite heavily involved in Insight, which is the global health group, and I’ve done that for the past five years. And I really enjoy traveling, and I do that over the summer when I can. Most of the other stuff I’m involved in are global health and refugee advocacy; and sometimes reading, when I have the chance!

Q: How would you introduce Insight Global Health to someone who’s never heard of it before?

A: I think the simplest way, because ‘global health’ is such an amorphous concept, and is not even really well-defined by people who work in the field, is that we’re a group of students who are concerned with the determinants of health and healthcare of people all around the world, not necessarily just in the developing world, but also marginalised groups. 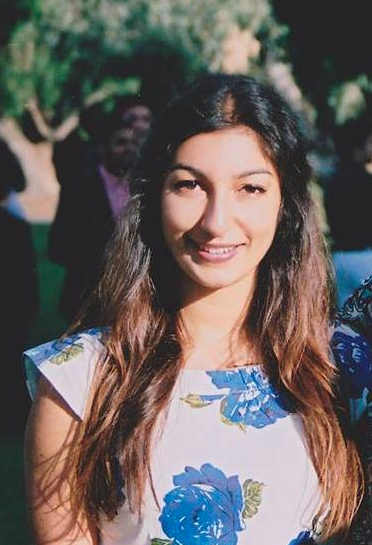 Q: What kind of activities does Insight participate in?

A: There’s a variety: firstly we do a bunch of fundraising activities, things like the photo exhibition; we have a big quiz night, which is sort of the closest we get to a party (laughs). But it’s still by no means actually a party. We have in previous years held a big fundraising dinner. And then we run a lot of education events in different bits of global health, like a cultural communications lecture, a symposium on sex trafficking – in previous years we’ve had [topics] like the TPP or asylum seeker health – and then we organise placements overseas or in Indigenous communities in Australia. And then we also do other things, like publish a magazine, and bake sales, because everyone loves bake sales!

The funding goes towards three big, sustainable projects. There’s one in Uganda called Maranatha Health, which is a clinic that’s been started by two Australians who have worked with the local community to build it up from scratch, so it provides care for thousands of Ugandans. Then there’s Kompiam District Hospital in Papua New Guinea, and there’s a dental clinic in Cambodia. Those three projects we fund in a long-term aspect, with the aim that they upskill people to continue to operate. And then ad hoc funding to other startup groups, or when students go on elective, if that hospital, say, needs medications, we will then help fund that. So that’s where most of our funding goes. 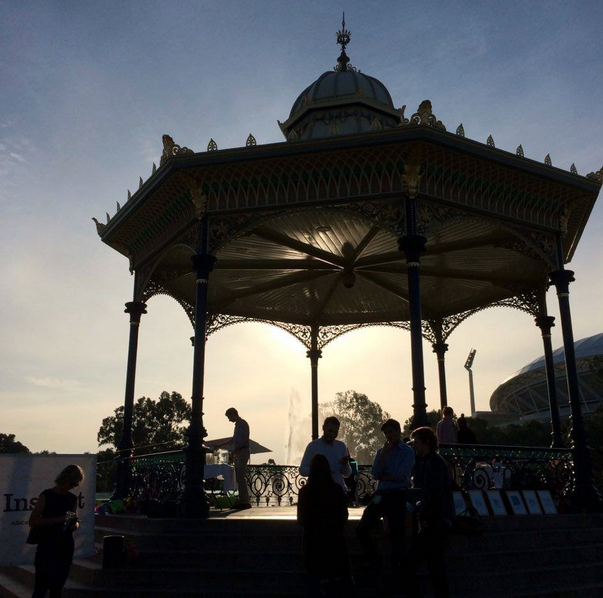 The rotunda at Elder Park, the location of the exhibition. Photo credit: Matilda Handsley-Davis

Q: And so the workshops and stuff, they’re mostly directed at medical students or dental students?

A: Yeah, that’s typically been our base, just because it’s easier. They’re sort of a captive audience and are stuck in lectures all the time and are quite tight-knit! We’ve started to make inroads a bit into Nursing and also Midwifery through our birthing kits workshop, and some of the education has appeal to Law students and Development Studies. But definitely the main core is Med and Dent. Everyone’s welcome!

Q: So why did you choose to get involved?

A: I had been involved in service-type social justice stuff ever since I can remember, and then wanted to get involved pretty much straight off the bat in med school. In my first week, Insight had a stand and I signed up, and they somehow roped me into making curry for their fundraiser night. They held a movie night – this was five years ago, before Netflix – and so I ended just making, several kilos of curry for this organisation, and then they just never let me go since! (laughs) That’s how that started! A sketch from the exhibition. Photo credit: Matilda Handsley-Davis

Q: Do you have a favourite project that you’ve participated in, or one that you’re most proud of?

A: I guess this year I have to say that it’s the birthing kits workshop, because I’m running it, so I’m biased! I think with Insight, the thing that I tend to be proudest of is not a specific event, but part of the ethos is getting students to run off and do their own thing, either with funds or with other students, or publicity or whatever, essentially empowering people to do their own projects. So some of the things that have come about a result of Insight’s backing are the things that I guess I’m proudest of. But I also like quiz night a lot. (laughs)

Q: To transition a bit: we know that Insight had quite a successful art and photography exhibition a couple of weeks ago, and that’s been around for the past few years, right?

A: Yep, for as long as I’ve been around, the photography exhibition has existed. I think this year it was revived a bit by Daniella Nolan and Charlotte Pugh, two of the event convenors. So it was an amazing job by them – in previous years, we’d still had pretty good attendance, but it was a bit stagnant, and we moved it to an online format last year, but it was really good that they brought it back. And it hadn’t actually previously had art in it – so the art was new. 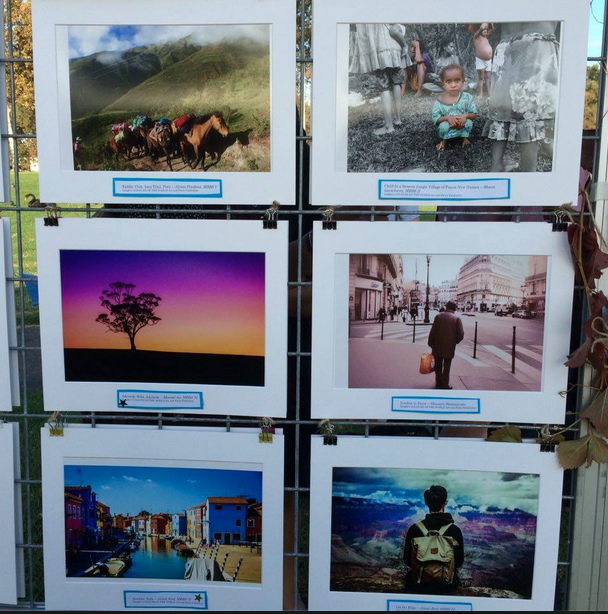 Q: How do you see the relationship between art and health or medicine? Do you think there’s some kind of special connection there?

A: Yeah, I definitely do! And I think you just need to be in a hospital to know that, because they take a lot of effort in picking a lot of specific art for the hospitals. That’s a big thing. Like all through the RAH [Royal Adelaide Hospital], I think whenever you walk to the café there’s a different exhibition, or a number of pieces in the corridors, because I think they acknowledge that when people are sad and having a terrible time, that art is something that helps them.

And definitely a lot of physicians use it as a sort of tool. I think in SALA [South Australian Living Artists festival] last year there was a big exhibition that was art by doctors, as well. So I think there’s definitely an established relationship.

And then, as well, we’ve seen time and time again that everyone who goes overseas for electives likes to encompass what they saw of the place by taking lots of photographs. So it’s something that’s always been popular, and will continue to be, and I think it’s really good that they’ve expanded to different types of art as well.

Q: Could you talk a bit more specifically about what doctors are looking for or what they’re trying to achieve with art?

A: I don’t know much about the selection process in the hospitals – I think it comes largely from foundations that run the hospitals, not by the doctors who are working there. But in terms of the doctors’ art exhibition, that was actually done by medical professionals. I think art has been recognised as something that reduces abhorrently high levels of mental health problems within the medical community and provides a creative outlet. 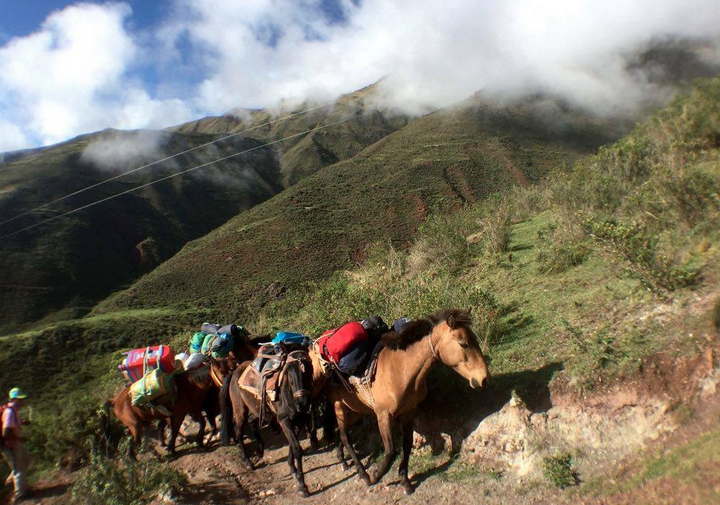 Q: Can you tell us a little bit about the photos that you showed in the exhibition?

A: Yeah, sure! I submitted four photos from my time away in South America. One was taken in Peru, two in Bolivia and one in Argentina. I basically just took a lot of photos when I was away, just trying to encompass what I saw, because I think this is quite true of anyone who goes to a developing nation, it can be quite overwhelming and all-encompassing, and just trying to encapsulate that is a nice challenge. And particularly as I was fortunate or unfortunate to get caught in a couple of protests in Bolivia and at the Bolivian and Peruvian border, and in Argentina … (laughs) I wanted to capture that. It’s quite nice to see people so passionate about democracy.

Q: How did you find the response to Insight’s exhibition?

A: I think this year was really different to previous years, in that they’d broadened the base of who we’re appealing to. So, for example, the Art History Club! And just general artists, and people outside Medicine and Dentistry. So I think it definitely had a very different feel, and I think that influence was really clear – it was just a beautiful evening, and I think the quality was also a lot higher with the addition of the artwork. It was really nice. And seeing people who were in Med with this amazing talent that you’d never seen before! I’d definitely like to see that continue. 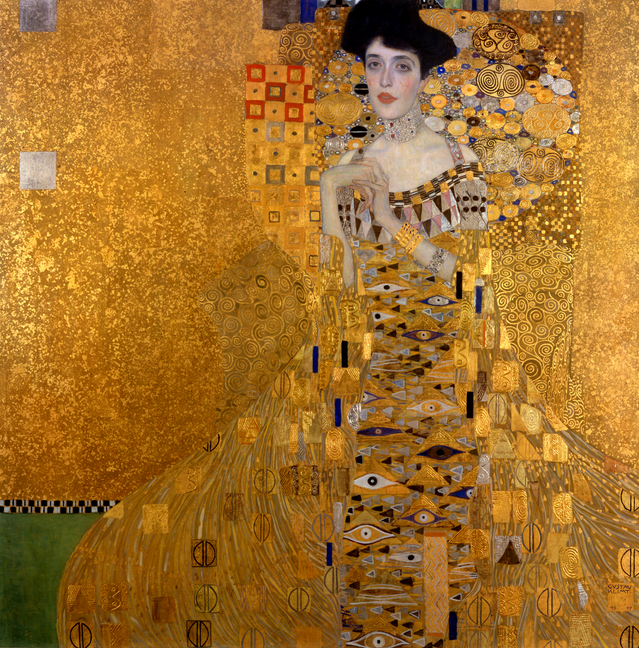 Q: Okay, so something that we ask a lot of people we interview: if you could recommend one artist, who would it be?

A: I really like Klimt at the moment – but I don’t know if that’s a really stereotypical response! I really like how rich and busy a lot of his work is, in terms of not only the use of gold, but just how full a lot of the paintings are and how intricate they are. It reminds me of a lot of the Indian artwork I saw growing up, in my grandparents’ houses, so I like that about it.

Q: Do you have a favourite art gallery?

A: Yes! I do. Definitely the MOMA in New York is hands down my favourite, and I go every time I’m there – which is not frequent, but I do have family in the US.

Q: Thanks so much for talking to me, Alyssa!

A: That’s all right!